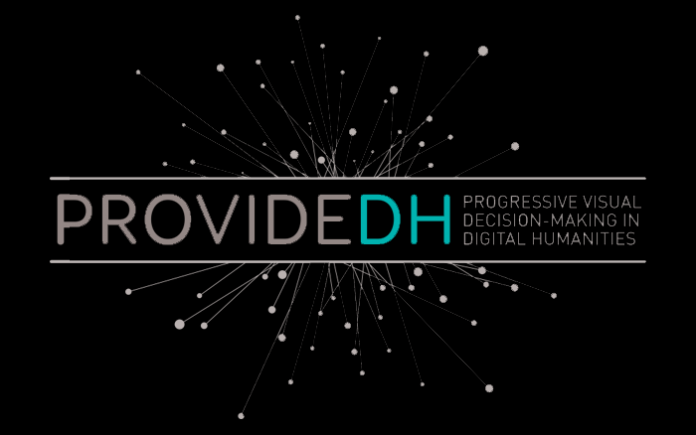 The PROVIDEDH project (PROgressive VIsual DEcision-Making in Digital Humanities) aims to provide visual interactive tools that convey the degree of uncertainty of the datasets and computational models used behind, designed to progressively adapt the visualizations to incorporate the new, more complete or more accurate data. The project would not take only into account scholars, since it is most relevant in DH the fact that the role of citizens has changed enormously. We live in a society that has democratized science, and the number of projects in which the contribution of citizens, either producing or using digital resources, has exploded. The experience gained in other areas of science in which the intervention of computing has been much deeper and constant will be analysed and adapted to the case of humanities. Specially, regarding infrastructures, frameworks, models and tools that can be standardized for the different disciplines in the humanities.