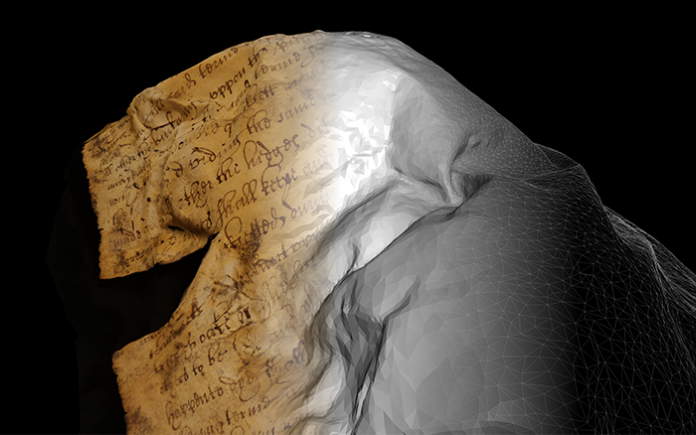 The Great Parchment Book of the Honourable the Irish Society is a major surviving historical record of the estates of the county of Londonderry (in modern day Northern Ireland). It contains key data about landholding and population in the Irish province of Ulster and the city of Londonderry and its environs in the mid-17th century, at a time of social, religious, and political upheaval. Compiled in 1639, it was severely damaged in a fire in 1786, and due to the fragile state of the parchment, its contents have been mostly inaccessible since. Our project is a long-term, interdisciplinary, international partnership involving conservators, archivists, computer scientists, and digital humanists that developed a low-cost pipeline for conserving, digitizing, 3D-reconstructing, and virtually flattening the fire-damaged, buckled parchment, enabling new readings and understanding of the text to be created in time for the 400th anniversary celebrations of the building of Londonderry’s city walls in 2013.