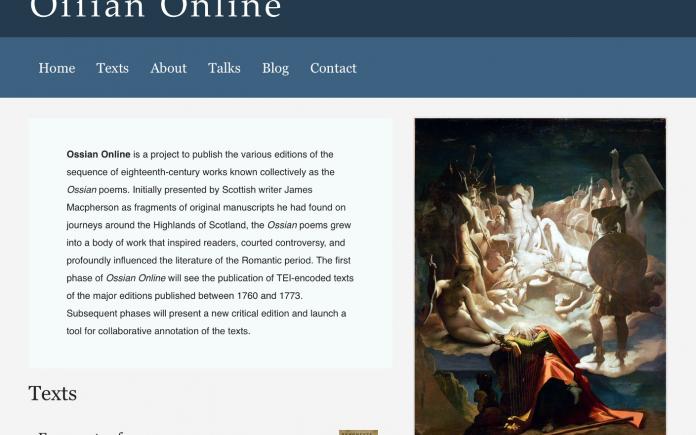 Ossian Online is a project to publish the various editions of the sequence of eighteenth-century works known collectively as the Ossian poems. Initially presented by Scottish writer James Macpherson as fragments of original manuscripts he had found on journeys around the Highlands of Scotland, the Ossian poems grew into a body of work that inspired readers, courted controversy, and profoundly influenced the literature of the Romantic period. The first phase of Ossian Online will see the publication of TEI-encoded texts of the major editions published between 1760 and 1773. Subsequent phases will present a new critical edition and launch a tool for collaborative annotation of the texts.