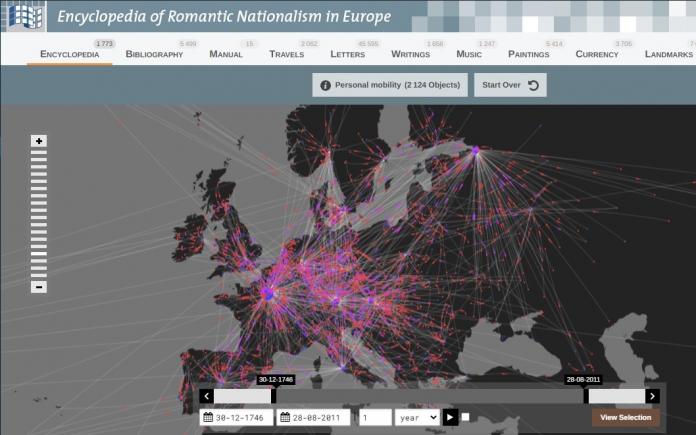 Mapping the culture-borne international spread of nationalism in Europe’s "Romantic Century," 1789-1914. ERNiE contains analytical articles on persons and themes, as well as multimedia illustrative documentation: texts, images and audio. All these are relationally linked. There are also interactive visualizations of social and geographic networks. Patterns can be traced culturally (between art-forms), in knowledge production (across academic disciplines), transnationally (between cultural communities) and historically (dynamically rendered as they morph in time and space). ERNiE is maintained online as a relational database and freely accessible to the public through an intuitive front-end interface.