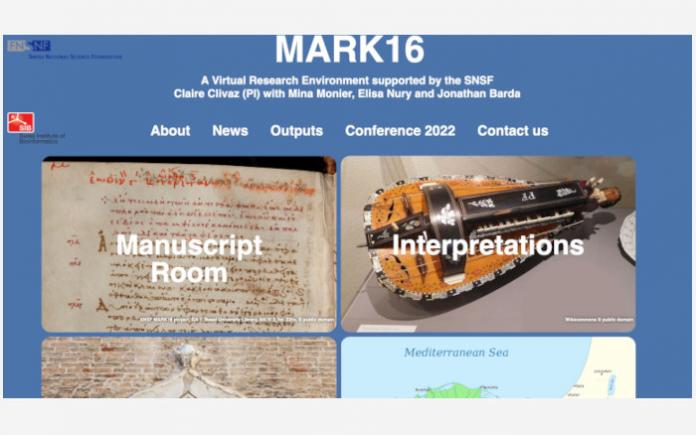 MARK16 is a SNSF PRIMA project on five years (2018-2023) that develops a new research model in digitized biblical sciences, based on a test case found in the New Testament: the last chapter of the Gospel according to Mark, well knwon as enigma in textual criticism and exegesis of Mark 16. MARK16 is the first VRE focused on a biblical chapter and is in development. It has received an ISSN from the Swiss National Library : 2673-9836. Its main part is a manuscript room with folios of Mk 16 in several ancient languages. The second part presents researchers hypothesis with a multimodal editing tool, the eTalks. The part 3 present printed material on the topic and part 4 data visualization. SNF website: http://p3.snf.ch/project-179755.