Lisa Lena was born in Helsinki in 1957. Her father, who she was always close to, was a career diplomat, which promoted Lisa Lena’s growing up to be a polyglot. She had been raised with Finnish and Swedish, and attended schools not only in Helsinki, but also in Cologne and Washington before entering the University of Helsinki, where she studied English, Linguistics and Nordic Philology. She spent a good deal of her university years with her parents who were then working in Tokyo, leading to yet another language she spoke comfortably. After taking her first degrees in Helsinki, Lisa Lena moved to Oxford, where she pursued a DPhil. in English literature, specializing in Beckett, and defending her dissertation in 1990 and receiving the degree in 1991. It was also at Oxford where she first became familiar with digital humanities through collaborations with the Oxford text archive and especially inspired by Susan Hockey’s work.

It is fair to say that Lisa Lena never looked back. On the contrary, her scholarly interests in digital humanities expanded from her original English literary focus to include other languages, stylometry, authorship attribution, corpus linguistics, (pedagogically) applied linguistics, and dialectology, as well as the use of annotation schemes such as SGML (Standard Generalized Markup Language) and TEI (Text Encoding Initiative).  She worked as lecturer in Joensuu and Oulu and received an appointment  as professor of  English Philology in Oulu that she was scheduled to started early in 2013.  She also held an Honorary Research Fellowship at the University of Glasgow. At the same time Lisa Lena worked indefatigably for the digital humanities professional organizations, serving as secretary for ten years and most recently as chair of the European organization.

Lisa Lena loved her work and her colleagues. She traveled a great deal in order to stay in personal contact with others in, around and beyond our disciplines. Conferences were her normal fields of activity, where she inevitably arrived early and stayed late, engaged everyone interested in new opportunities for international collaboration, attending innumerable meetings and talks, always with words of encouragement to younger scholars, with witty side remarks to those sitting nearby, and with invitations to discuss it all at more leisure over a drink later in the evening.  The invitations were delivered in a collegial, almost conspiratorial manner!  Those who accepted them were always delighted to find a good number of colleagues engaged in friendly banter and argument.

We shall miss her for her contributions, for her welcoming and encouraging way, and for the feeling she gave us that we were together part of a large and important movement.

-- The present and past members of the executive committees of the (Alliance of) Digital Humanities Organizations. 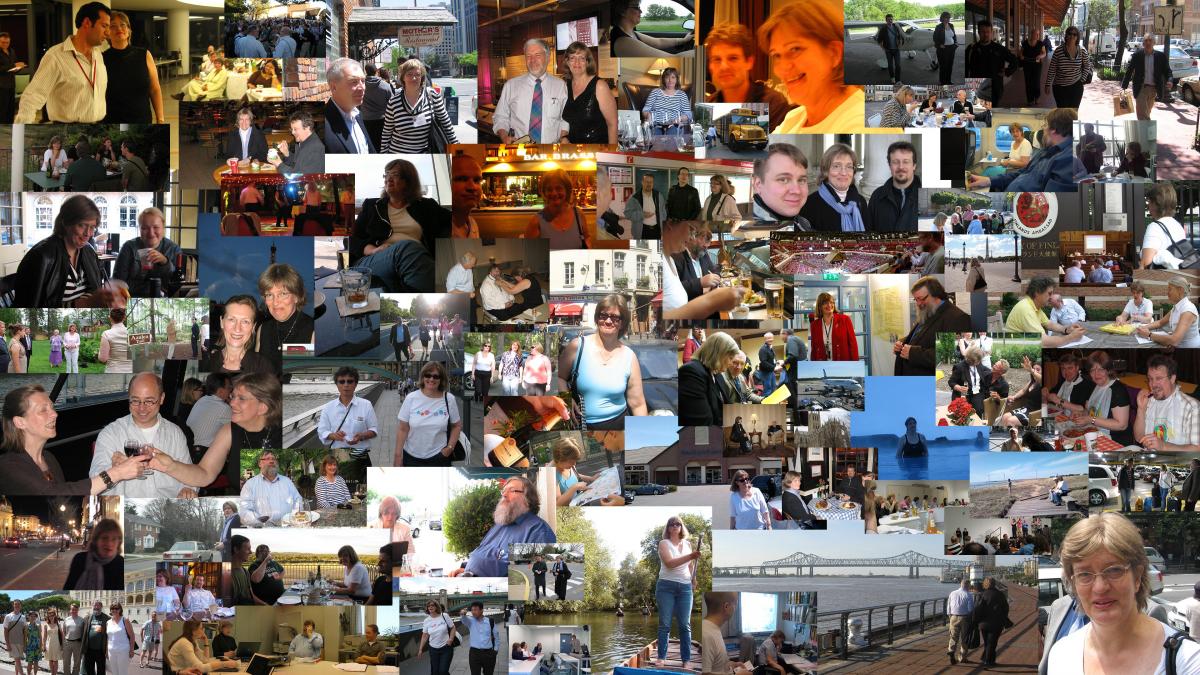